Impact sprinkler (sometimes called an impulse sprinkler) is a type of irrigation sprinkler in which the sprinkler head, driven in a circular motion by the force of the outgoing water, pivots on a bearing on top of its threaded attachment nut. Impact sprinkler was invented by Orton Engelhardt in 1933, and it was widely used soon. Though it has in many situations been replaced by gear-driven "rotor heads", many varieties of impact sprinkler remain in use.

The sprinkler head pivots on a bearing on top of its threaded attachment nut. The head is driven in a circular motion by the force of the outgoing water, and at least one arm extends from the head. The sprinkler arm is repeatedly pushed back into the water stream by a spring. The arm's striking the water stream scatters the stream and re-orients the flow slightly, enabling a uniform watering area around the sprinkler. 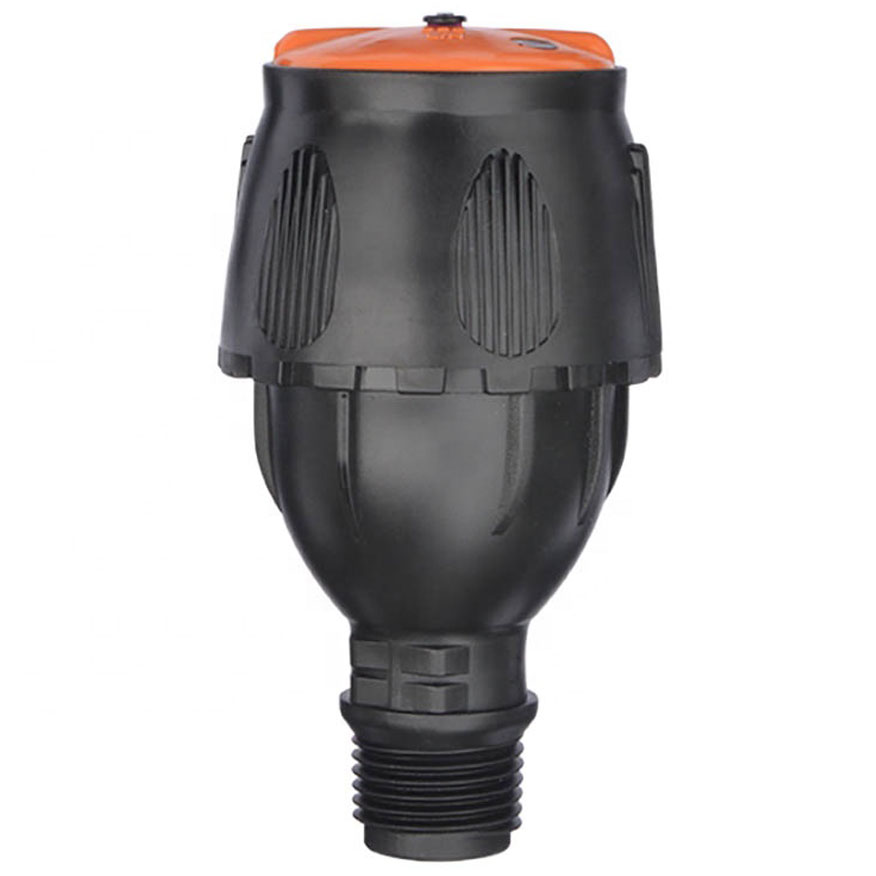 By adjusting the position of the limiting collars, water flow can be directed from a full-circle pattern to one of less coverage. The limiting collars are fully adjustable by twisting with fingers to achieve the area of coverage desired.

The uninterrupted flow path of impact heads makes them less vulnerable to damage and clogging by dirt and sand in the water. Thus, they are suitable for systems fed by wellwater. One defining feature of impact heads is they almost always have male pipe threads, as opposed to the female threads found on virtually all other sprinkler types.

The impact sprinkler's long spray radius and uniform water distribution re-creates the effect of natural rainfall, and the device quickly replaced the centuries-old technique of furrow irrigation, in which trenches were dug between rows of crops and flooded.

Thank you for your attention on SEAPEAK!
If you want to know more information of irrigation systems, please fill in the form, we will get back to as soon as possible.
Related News
Related Irrigation Sprinkler Recommendation
Products